June Junior has come out with her first single, "Teenage Love" which was produced by Zak Mering. It definitely has some ethereal child like qualities, mixed with a playful teenage vibe that will leave you wanting more.  June has already even started on a new project with Zak Mering which will be coming soon to GTVR.

The music video was directed by June Dawn Jr. in collaboration with CJ Baker and is the first of many more songs and videos that June has in store for us.  Enjoy the video below!  Also the song is available for free download HERE! 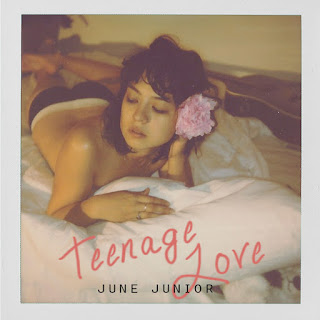 Posted by GunkTVRecords at 12:18 PM No comments:

But advanced copy has made its way into our hands over here at GTVR and we love it!  Ariel's best offering to date!

Def has mad hits on it! An the the only collab being a Dam-Funk one is also a brilliant track as well "Acting". 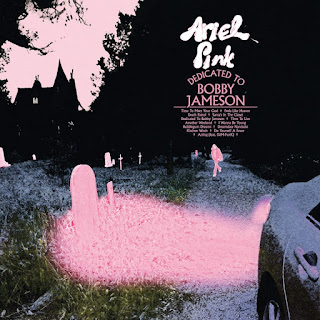 Check out the new singles "Time To Live" and a music video for the track "Another Weekend".

Both awesome tracks and many other briliant ones coming up, my favorites being "Bubblegum Dreams" & "Dedicated To Bobby Jameson" & "Feels Like Heaven" and those are just our very favorite!


You can also order the album HERE on vinyl or digitally or both!, a deluxe version is also available too!

GunkTVRecords just started a sister label in Brisbane, Australia (GunkTVRecords AUS) recently.  This album was released exactly 5 years ago by Sixteen Tambourines (Japan) and now we have it on Cassette Tape, with features from Ariel Pink, Weyes Blood, and more.  This Red Cassette Tape version also includes 3 Extra Tracks not on the original LP released in Japan or GTVR's bandcamp.

Grab your copy here if in North America or Europe: https://gunktvrecords.bandcamp.com/album/sick-steez, and

Here, if in Australia, Japan, or that side of our precious planet Earth. 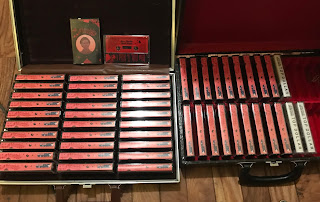 Posted by GunkTVRecords at 11:22 PM No comments:

NEW Raw Thrills Video for "Point Of No Coming Down" from Hardcore Noise Vol. 1 Cassette Tape

As well as every other song from the album posted on Youtube with custom graphics for the songs as opposed to a still image of the album cover.  Check out all the videos/songs and the Hardcore
Noise Vol. 1 Youtube Playlist, as well as the Bandcamp where you can watch the videos and listen to the album and also purchase the music digitally or on cassette tape!  Whiles supplies last.  Enjoy <3


Posted by GunkTVRecords at 3:41 AM No comments:

Director David Markey’s Notes:
“Lou Believers” a.k.a. “In Search Of James Woods” (1989) Kim & Thurston Moore came over and we decided to see a movie and make one.  Off to World Famous Graumens Chinese Theater in the heart of Hollywood in the oh-so-harsh late 80’s.  James Woods latest heavy drama on the big screen.  Davo Classmen was the driver, as anointed by Did.  We pick up Lou Reed (Joe Cole) and visit The Hollyåwood Celebrity Hotel, hang out at a newsstand, and make a feeble effort at a drug score.  Ends in a big jam w/ a crazed Hollywood street hobo.  Cameo by Warhol.  Co-directed by David Market & Thurston Moore.

“Rap Damage” a.k.a. “In Search Of The Hip Hop Rabbit” (1991) Thurston on a bender.  Shot one day during a break on the Ragged Glory Tour.  Hip Hopped-up NYC roadie Maurice Menares plays psychotic sidekick/bunny.  Offensively endearing, in the face of P.E., N.W.A., REM, and Desert Storm.  Chance occurrence of fire, predating the LA riots.  Stopping at yard sales, ended up on Venice Beach.  By the end of the day, I went nuts.  Keep in mind, this was at a time when “Rico Suave” by Gerrardo was in heavy rotation.

“I don’t own the copyright for this film, just wanted to share it with the public as it is very funny, entertaining and a great peace of history for Sonic Youth fans, and fans of short films involving Thurston Moore, Kim Gordon, David Markey & Friends.  Enjoy!  Ripped from VHS in 2016”
- Zak Mering. (GunkTVRecords)
Posted by GunkTVRecords at 10:49 PM No comments: